Coral is an organic material. Coral cultured gemstone is a gem, type of natural coral, closely associated with reef-building 'stony' coral. Coral cultured gemstone Meaning lies in the way of its formation and the unique texture that it holds. Coral forms in rocky sea beds with low levels of a geological phenomenon, generally in dark environments of over five hundred feet deep, together with caverns and crevices. Unlike different organic gemstones, it's not a particularly hard or enduring gem. It has a hardness rating of three to four on the scale, which might simply facilitate to distinguish and establish coral from similar coloured gemstones. Coral generally exhibits a variety of pinkish to red colors, together with light-red to salmon, and medium-red to deep oxblood red. Colour can though fade once worn. Noble coral has the foremost fascinating uniform color, however, will usually exhibit streaks or spots of white to chromatic red, particularly angel skin coral. Coral also can be found in different colors like gold, white, black and blue. Gold colored coral from Hawaii is very rare and extremely desired for its slight chatoyancy. Black and blue coral aren't usually used for gems or jewelry as its trade is heavily regulated. Coral is usually clear to opaque. Polished coral exhibits a lovely vitreous luster. The Coral cultured gemstone History, starts from the start of the first millennium. The Gauls usually used coral gems as ornamentation for their helmets and weapons within the belief that it had been a protecting stone. Ancient Egyptians additionally placed coral in tombs of the deceased to guard against evil spirits. The Romans decorated branches of coral around the necks of their youngsters to guard them against danger. The individuals of Italy used coral for cover from the 'evil eye' and for infertility. If you are on the irrational aspect, this believed the quality of red coral is also licitly fascinating to you. Perhaps it's the courageousness and power related to the red coral gemstones, however either means, they're same to block Black Magic, bewitching, or different malicious influences Indian astrologers typically see as "evil eye" or Buri Nazar. Some even say that as a result of red coral is formed from a living organism from the ocean, the stone helps promote peace and defend the user from additional general negative influences. The carrying of red coral throughout these times is meant to assist temper such negative feelings and behaviors. In the Jyotish and sacred text follow of planetary gemology, red coral is that the planetary stone for Mars. The Pueblo Indians thought-about coral to be one amongst the four elemental stones. Though coral isn't a standard birthstone for any month, it's a zodiac stone for Pisces, Scorpio, Capricorn, and Taurus. Red coral is right for the root chakra and pink coral is useful for the heart chakra.

Whenever we talk about any crystal, there are certain myths and facts associated with each one of them and so is there Coral cultured gemstone Myths and the Coral cultured gemstone Facts behind these myths. This beautiful stone made up of the remains of coral polyps, symbolizes the god of war, Mars. With its spirited colour and strength, it creates an air of action on the part of the user. Many believe there are tangible advantages to donning this lovely coral stone. If you are looking to gift a picture of strength, to feel additional vigorous, or just additional assured, red coral is the stone for you. The great properties of this unique stone describes the varied Coral cultured gemstone Uses. The red coral gem, an image of the royal god of war, Mars. It's solely natural that such a gem would inherently equate confidence and courageousness. Sporting a gem like this can be thought by some to virtually enhance the boldness of the user. It is additionally related to exaggerated physical strength and desire. Astrologers can usually suggest an inactive wedding partner wear red coral as the way to extend their need for love and their strength within the relationship. The ancient god Mars is believed to own been additional realistic than a number of his different immortal counterparts. Hence, the red coral will bring with it a capability to logically approach unfinished tasks. It will facilitate to turn the required actions on the part of the user. Indian astrologists say the red coral represents the wedding compatibility. Red coral is believed to extend the longevity of marriages and even block widowhood from the woman. This belief coincides well with the concept that red coral provides new zest and energy to the user. So, if your wedding or romantic relationship might use a spark of contemporary life, attempt fitting some additional red coral items into your wardrobe. With all that exaggerated confidence, it's solely natural that your ability to beat obstacles or challenges are increased additionally. Wearing red coral is taken into account as a technique for the user to reach success and to overcome "enemies" or obstacles. Among the several believed positive effects, there are many Coral cultured gemstone Healing Properties. Some believe red coral will aid within the healing of everything from skin to blood, to cuts or scrapes. The red coral gem is alleged to assist regulate high blood pressure and is believed to be sensible for the heart. Many ancient cultures wore red coral beads in a shot to heal their sick by rising circulation. They are even related to the activity of sterility or bone maladies. If that is not enough healing for you, red coral is additionally thought-about by astrologers as a positive mental state stone. It typically means that those laid low with anxiety or different mental state problems can wear the red coral. Red coral jewellery was usually the jewellery of alternative for ancient cultures seeking to become additional in tune with intuition and positive mentalities. After all the real Coral cultured gemstone Power, boost energy and confidence, thus carrying red coral could not hurt your mental state. With the high energy qualities of this gem, any hesitation you'll be combating is overcome. Whether the red coral stones themselves very offer such power or their lovely hues merely imbue the user with a larger sense of zen, either way, carrying these beautiful stones will solely do someone sensible. Several astrologists attest that those that wear red coral jewellery are additionally ready to get out of debt. Perhaps it is because red coral is additionally related to business or career success. You can get this auspicious stone from any Coral cultured gemstone jewelry shop and Coral cultured gemstone jewelry store, or if you need it in bulk, you can even search for some trustable Coral cultured gemstone jewelry exporters and Coral cultured gemstone jewelry distributors.

Precious coral belongs to a little, however vital cluster of gemstones, that technically aren't stones. Instead of being minerals with crystalline structures like most coloured stones, coral is made through an organic process so belongs to an elite category of organic gems. Though the category of organic gemstones is very tiny, there are a variety of terribly uncommon and vital gem varieties among the group. There are some materials which will be mistaken for coral thanks to similarities in colour or texture. Amber, ammolite, jet, ivory and pearl are the foremost in style and well-known connected gemstones. Precious coral is popularly used for beads, decorative carvings and sculptures. Ovals, rounds and free-form shapes are generally preferred. Natural coral is usually untreated, however, some materials are also bleached to attain an additional valuable colour. There are a variety of different materials that imitates coral, like glass and plastic. Due to its intense and permanent colouration and engaging luster, coral has been harvested since antiquity for ornamental and decorative jewellery use. Coral is commonly used for beads in string jewellery like necklaces and bracelets. Coral isn't counseled for everyday rings, however, if set in protective-style settings they'll be worn in occasional-wear rings with care. Precious coral isn't that much durable as compared to most of the gemstones used these days for jewellery and thus needs a small amount of additional care and maintenance than most other jewellery gemstones. Coral is incredibly sensitive to acid and warmth. Colour is additionally legendary to fade with wear and tear. Since coral is way softer, merely wiping mud off will eventually end up in reduced polish. Regardless of your current horoscope, or if you think about the effects of bound gems on their use or not, red coral jewellery could be an unchanged addition to any stylish wardrobe. Unlike different colourful gems, red coral is simple to match with a spread of outfits. It's additionally comfortable and suitable for any occasion. Get your unique piece of Coral cultured gemstone Jewelry from the astonishing Coral cultured gemstone jewelry collections by the Coral cultured gemstone jewelry designers of the DWS Jewellery (P) Ltd. The DWS Jewellery (P) Ltd., are the reliable Wholesale Coral cultured gemstone jewelry suppliers and Coral cultured gemstone jewelry manufacturers of India. They even own a Coral cultured gemstone jewelry factory in Jaipur city of Rajasthan. 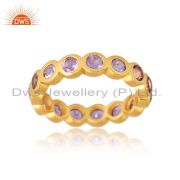 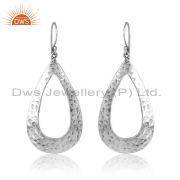 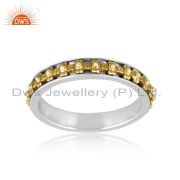 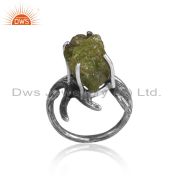 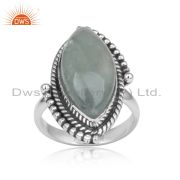 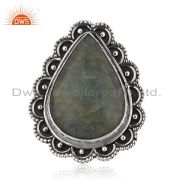 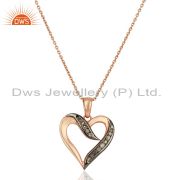 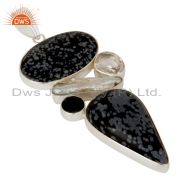 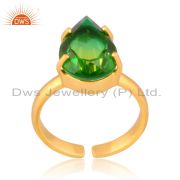 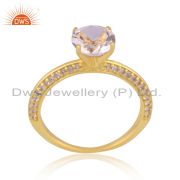 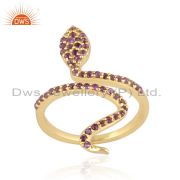 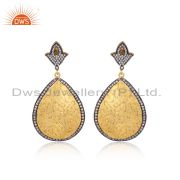 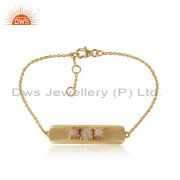 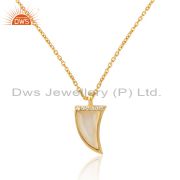 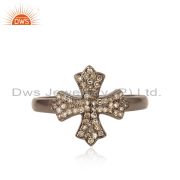 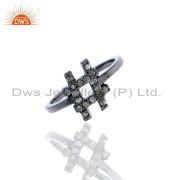 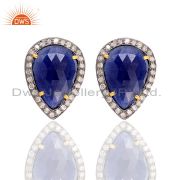 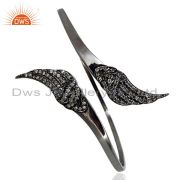 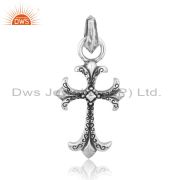 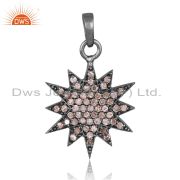 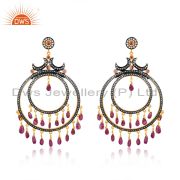 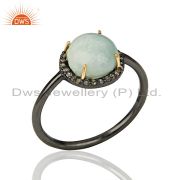 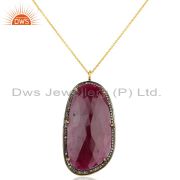 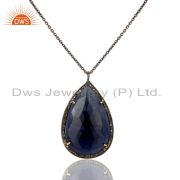